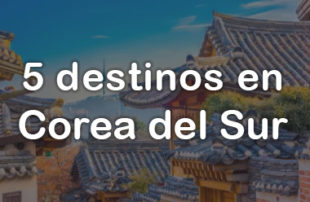 63 SKY ART Observatory & Aqua Planet 63 Go above the Earth, and under its oceans in one day in Seoul. Gaze down upon the world in Seoul, from 264 meters above sea level at the 63 SKY ART Observatory Take a glass elevator all the way to the 60th floor and get amazing views of the Han River and Seoul’s landmarks Learn about marine life at Aqua Planet 63 and don’t miss the daily mermaid shows – the kids will love it! Angling for the best photos of Seoul from above, without boarding a plane? 63 SKY ART is touted as the highest art gallery in South Korea, and you’ll get all the envy-inducing selfies you want from up on the 60th floor. 63 City is one of Seoul’s most famous landmarks, and the 60th floor Sky Deck has been remodeled into an art museum, where Seoul comes to life in exhibitions, magic shows, and various other cultural experiences. Make use of this combo ticket to explore an underwater world housing more than 20,000 marine animals at Aqua Planet 63. Get up close to everything from otters and penguins to sharks, and turtles housed in themed zones. It’s all […]

See Seoul from above, at the top of the Lotte World Tower, the tallest building in Korea. Enjoy exhibitions and shows in the waiting area, then climb 123 levels to admire the panoramic views. Extend your visit to Lotte World theme park and aquarium. Visit the observatory in Lotte World Tower, one of Korea’s architectural jewels and a landmark in Seoul’s skyline. Climb to the top of the tallest building in Korea, and the fifth tallest in the world, to see incredible views of Seoul at any time of the day. Present your voucher at the ticket booth to redeem and get in the line for the sky shuttle, an elevator that operates at a speed of 600 meters per minute. Enjoy the exhibitions in basement levels 1-2, where you’ll learn about the history and culture of Korea. Ride the elevator to floor 123 and admire the 360-degree panoramic view, or look below through the glass floors. Lotte Tower is filled with great restaurants and shops that you can explore at your leisure. Or choose to enhance your visit with entrance to Lotte World, the most popular indoor theme park in Korea. If colorful marine life interests you, select the […]

See Gundams in Gangnam at this fascinating figurine museum Explore six floors of highly detailed, sometimes life-size, figurines from comics, manga, TV and movies See your favorite superheroes and explore an entire floor dedicated to the Marvel and DC pantheon

From mermaids to flying penguins, it’s a world of aquatic fun in Seoul Look out for mermaids, and discover a spectacular underwater world full of waterfalls and wildlife Watch penguins, seals, and sea lions in action at daily live shows, and take part in a fish-feeding session Treat the kids to a real life show by a mermaid – a truly magical experience for little underwater adventurers! Desde € 18.49    They say that one day a wormhole was uncovered in the basement of the 63 Building, which turned out to be a secret pathway to a mysterious world known as Aqua Planet 63. Descend into the depths and explore this land of waterfalls, wildlife, and mermaid-themed miracles beneath the streets of Seoul. It’s guaranteed to be exciting! In the Aqua Planet Garden, you can learn about mysterious marine life and aquatic plants from the Amazon. Looking for more marine magic? See what creatures lurk beneath the sea and waterfalls in Aqua Planet Valley. Meet a friendly family of otters in Otter Planet, before experiencing the mesmerizing world of jellyfish and coral reefs in the Golden Miracle Zone. Visit Penguin Planet to get up close and personal with flying penguins, […]

See all of your favorite water-based wildlife in one wonderful place Discover over a dozen different but equally fascinating zones, featuring a wide range of awesome aquatic animals Explore mangroves, a marine mammal village, a garden full of fascinating jellyfish, and much more

Step into 3D paintings, shrinking rooms, and ice hotels in Seoul Become a part of 3D paintings on the walls, floors, and ceilings, and let your eyes be tricked Explore multiple galleries, hang from beams, ride a camel, swing with Spiderman, and more!

The Gwangju Museum of Art opened in 1992 for the first time among public art museums in Korea for the development of local culture and art, and greatly contributed to laying the foundation for the establishment of the Gwangju Biennale in 1995, and has been striving to provide various cultural services to citizens. Newly built and relocated in 2007 in Jungoe Park, the northwestern gateway of Gwangju, the museum is expanding its international exchanges with major art museums around the world as well as developing local art culture along with the Gwangju Biennale and the Asian Culture Center. The main building has a total of 6 exhibition rooms, a children’s art museum, a cultural center, a library, a seminar room, an outdoor performance hall, and a cafe. Jungoe Park, where the Gwangju Museum of Art is located, is also home to the Gwangju Biennale, Gwangju Folk Museum, Gwangju National Museum, and Gwangju Culture and Arts Center, making it a representative cultural attraction in Gwangju where nature and culture and art breathe together.

Following Barakat London and Los Angeles, Seoul was specifically selected as to launch the Barakat Seoul Gallery. By choosing Seoul, a modern city of profound history and dynamic future, the Barakat Gallery, an institution with 150 years of tradition, takes a step further in realizing its vision of creating a new future that integrates ancient art to contemporary times. The Barakat Gallery is proud to possess one of the world’s finest collections of ancient art, with more than 40,000 supreme quality artworks from different periods and countries. Barakat Seoul has managed to create a unique exhibition space through which to exhibit the Barakat Collection of both ancient and contemporary art. The Ancient Art Gallery is dedicated in sharing its immense treasures of ancient art, and advocates a fresh concept of collecting through which one shares the beauty of ancient art and the passion for history in grandiose yet sophisticated surroundings. The Contemporary Art Gallery shares experimental exhibitions of contemporary art as Barakat Seoul pursues artistic diversity and new interpretations by embracing the future through the past, based on the present. Finally, the Barakat Gallery over embracing numbers of intercultural collaborations, seeks to advance and progress further by generating creative values […]

The GoEun Museum of Photography, which was established by the GoEun Foundation and is located in Haeunde in Busan, was the first art museum in this region dedicated solely to photography. The GoEun Museum of Photography intends to construct photo archives, hold photographic exhibitions featuring high-quality artworks by both domestic and international artists, and uncover new creative, future- oriented artists. In addition, we organize various activities, including publishing, Public lectures and academic seminars, in order to popularize photographic culture, and thereby promote open cultural and artistic spaces in the region. Source

Interpark Theater is a performance venue operating corporation established by Interpark, which has led the growth of the performance market in the field of performance investment and ticket distribution, to contribute to the development of the future performance industry. In addition to Blue Square, which is loved for its musical and concert venues, Interpark Theater operates Shinhan Card Pan Square in Hapjeong-dong, Seoul, where various concerts, children’s performances, and exhibitions are held, and Ewha Womans University Samsung Hall. In addition, the operation of the complex cultural space Platform Chang-dong 61 revitalizes the northeast region of Seoul, which was close to a cultural barren area, while operating the Sohyang Theater in Busan, contributing to the balanced development of the Korean performance industry.

Dream Theatre is Busan’s only mega-scale theatre for musicals, where you can enjoy great performances of high quality. As the core cultural infrastructure of BIFC(Busan International Finance Center), the center of Northeast Asian maritime finance aiming to become the Manhattan of South Korea, Dream Theatre is truly the theatre of dream that would entertain the audience with first class masterpieces. Now Dream Theatre will present the excitement of global No.1 musicals!

Gyeongbokgung was the main palace during the Joseon dynasty (1392-1910). It is one of the five palaces in Seoul and boasts 600 years of history. It was built in 1395 by the monarch who founded the Joseon dynasty, Lee Seong-Gye, when he moved the seat of the Goryeo-era capital to Seoul. Being located in the northern part of Seoul, it used to be also called as “North Palace”. Gyeongbokgung Palace has a surface area of ​​501,676 m2, arranged in a rectangle shape. On the south side is the main entrance, Gwanghwamun. To the north, Sinmumun; to the east, Yeongchumun; and to the west, Geonchunmun. Inside the palace are pavilions such as Geunjeongjeon, Gyotaejeon, Jagyeongjeon, Gyeonghoeru, and Hyangwonjeong. Geunjeongjeon, the main hall, was the place where official ceremonies were held and officials gave morning reports to the king. In front of the internal patio, three granite paths are laid out. The one in the middle, slightly higher, was the path where the monarch walked and those on the sides were for his Court. In the courtyard stand on each side the “pumgyeseok” (stone stelae with the positions of public officials). Jagyeongjeon and Gyotaejeon were the residences of the mother of the […]